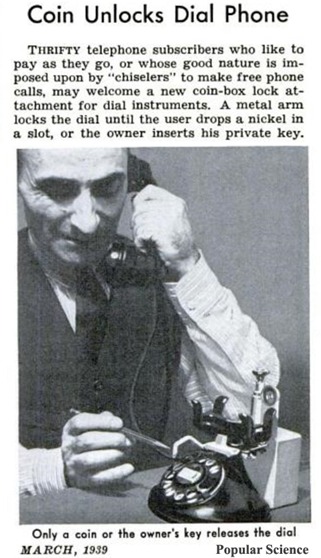 ~~ A portable Gray Telephone Pay Station Co. No. 13A nickel coin collector mounted on a Western Electric Type 20B desk stand with a 7 digit transmitter and Type 122 OST receiver. 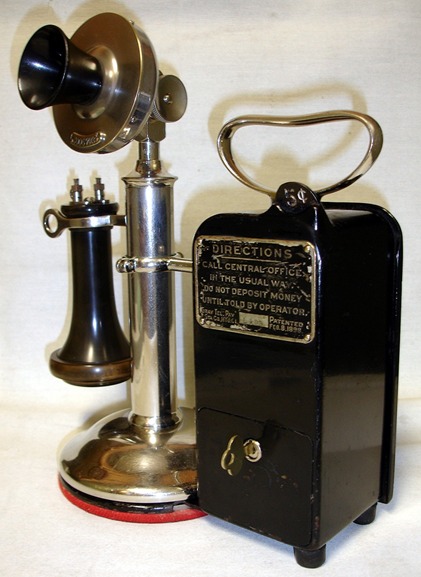 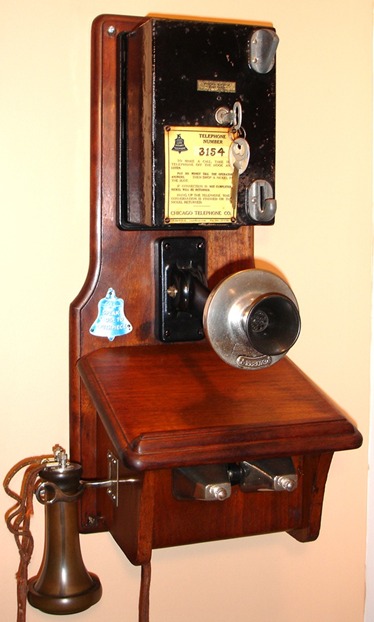 ~~ Chicago Telephone Company’s Four Party Line Western Electric Type 85 F fiddleback with a Western Electric 7A Nickel coin collector. This phone contains a couple of unusual parts that I had not seen before which are required for the four party ringer circuit. A 48,000 ohm resistor and a 1000 ohm ringer with 3000 ohm resistance in circuit with the 2 M.F. condenser.

~~ For Chicagoans who lacked the inclination or means to subscribe to telephone service, the “nickel-in-the-slot” pay telephone provided a welcome alternative. Beginning around 1900, such devices could be found in thousands of drugstores, hotels, and other public places. A favorite of bookies and gangsters, they have been immortalized in dozens of Hollywood movies.”

~~ For those that did subscribe it was referred to as Measured or Metered Service and Message Registers were to be installed in the Customers home close to the telephone instrument. 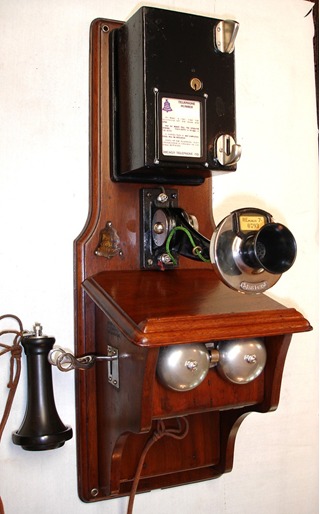 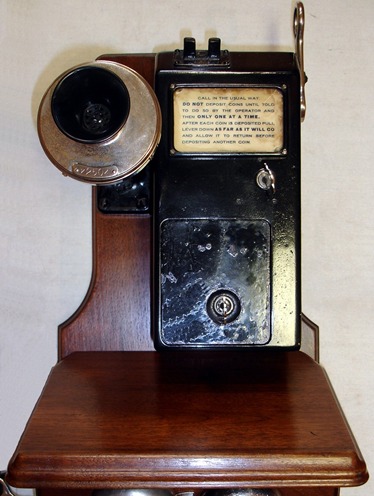 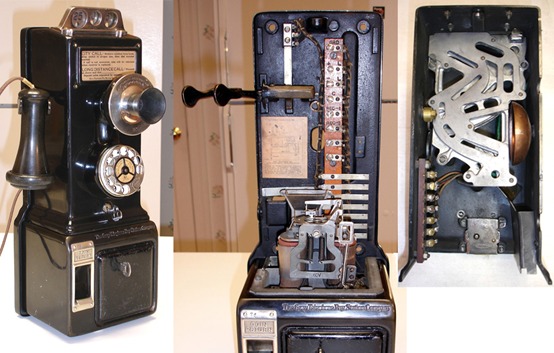 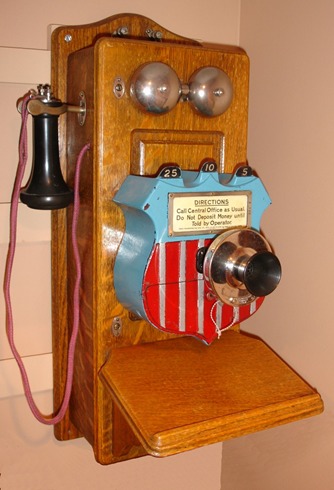 ~~ A Gray Telephone Pay Station No. 10A mounted on a Western Electric No.317 phone.